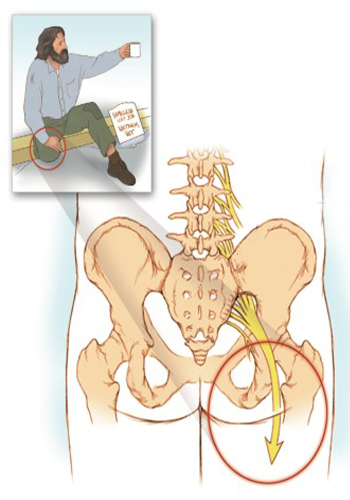 Clinical Syndrome
Almost all patients who have undergone amputation often experience a painful and sad feeling that the part that is not in the body is still present. The cause of this phenomenon is not fully understood, but the spinal cord it is believed that there is a large part of the level of influence. In non-congenital limbs, this phenomenon does not occur. Although patients often have an amorphous or abnormal position of the limb, the limb is detailed can define. In many patients, the phantom limb sensation decreases over time, but in some patients phantom pain remains a sad part of everyday life. Phantom limb pain is usually caused by movement of the affected cutaneous area or it is defined as a constant, unpleasant, dysesthetic pain, aggravated by its excitation; a sharp, throbbing neuritic pain can be added above the constant dysesthetic symptoms, and in some patients it resembles reflex sympathetic dystrophy it draws attention to a flammable component. Some researchers have reported that severe limb pain before amputation increases the incidence of phantom limb pain, but other researchers have not found this correlation.

Symptoms and Findings
Phantom limb (limb) pain can usually take a wide variety of forms, but usually occurs in the form of dysaesthetic pain. In october, patients experience abnormal kinesthetic sensations (that is, when the limb is in an abnormal position such as) or may experience abnormal kinetic sensations (i.e., the limb is moving). The researchers reported that many patients with phantom limb pain experienced telescopic phenomena, for example, one patient had a phantom foot directly proximal to the he may report feeling like he’s stuck to his thigh. Phantom limb pain may decrease over time, and younger patients are more likely to experience this decrease. Due to the unusual nature of phantom limb pain, a behavioral component it is always available.

Treatment
The first step is to reassure patients that imaginary pain is normal after the loss of a limb and that these sensations are real, not imaginary; this information alone can reduce patients’ anxiety and sadness. The following treatments may be useful to relieve phantom limb pain.
Analgesics, Antidepressants and Opioid drugs
Nerve Block
Neural blockade with local anesthetics and steroids or epidural nerve blockade or blocking the sympathetic nerves leading to the painful area is a reasonable next step if the pharmacological modalities mentioned above cannot control phantom limb pain. Phantom limb pain of nerve blockade the exact mechanism by which it resolves is not known, but it may be related to the modulation of pain transmission at the spinal cord level.

Other Treatments
Applying ice packs on the stump some people with phantom limb pain it can provide relief to patients. Probably because of the increased conduction of small fibers, the application of heat increases the pain in most patients, but it may be worth trying if the application of cold is ineffective. Transcutaneous electrical nerve stimulation and vibration can also be effective in a limited number of patients. The advantageous risk-benefit ratio of these modalities is such that patients who do not pass them with sympathetic nerve blockade or do not tolerate pharmacological treatment makes them reasonable alternatives for. Experimenting with spinal cord stimulation (Spinal Cord Stimulator; Pain battery; spinal cord battery) is also a smart option. Topical application of capsaicin in some patients suffering from phantom limb pain it may be useful; however, the burning that occurs with the administration of this drug often limits its usefulness. Since phantom limb pain can be very severe and lead to such devastating consequences, the clinician he should treat it quickly and aggressively. Particular attention should be paid to the insidious onset of severe depression, which obliges hospitalization with suicidal measures.